Who is St. Bakhita? 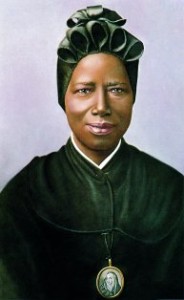 “If I were to meet the slave-traders who kidnapped me and even those who tortured me, I would kneel and kiss their hands, for if that did not happen, I would not be a Christian and Religious today.”- St. Bakhita

St. Josephine Bakhita is the patron saint of the Sudan, human trafficking survivors and of our foundation.

Her feast day is February 8th.

She was born in 1869, in a small village in Darfur. While still a young girl around 7 years old, she was kidnapped and sold into slavery. Her captors asked for her name but in her fear, and as a result of the trauma,  she was unable to remember. Mocking her, they named her “Bakhita,” which means “fortunate”.

During her time of captivity she was tortured by her various owners. She suffered brandings and beatings on many occasions.  Once her owners cut her 114 times and poured salt in her wounds to make sure that the scars remained.

During these early years of her life, she did not know Christ but she did believe in a Creator and had great awe and wonder for His creation.

Eventually, after exchanging hands five or six times, St. Bakhita found herself serving as a caretaker for a young girl at a school in Venice run by Canossian Sisters. Bakhita was very intrigued by the Catholic faith . She learned many things from the sisters and was eventually baptized by the name “Josephine Margaret”.

Against the will of her owner, who wanted to take her back to Africa, she went before the Italian courts seeking her freedom.  The courts declared that Bakhita was a free woman because slavery had been outlawed in both Italy and the Sudan and they allowed her to stay in Italy. 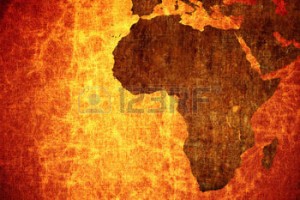 St. Bakhita was attracted to the religious life and entered the Canossian Sisters where she remained for about forty five years. She lived out the rest of her days serving God and her community and teaching others to love Him with great faithfulness.

St. Josephine Bakhita was canonized in 2000 in St. Peter’s Square. At the mass, Pope John Paul II said that in St. Josephine Bakhita, “We find a shining advocate of genuine emancipation. The history of her life inspires not passive acceptance but the firm resolve to work effectively to free girls and women from oppression and violence, and to return them to their dignity in the full exercise of their rights.”

St. Josephine Bakhita, witness of redemptive suffering and generosity,
pray for us!

A Novel Solution to Sex Trafficking